Last Sunday April 8th, I went to the Durham Game Convention in Oshawa Ontario.  My dealer, Flavio said he had 1/3 of a table left over if I wanted to sell on it.  I’ve decided that it isn’t worth keeping the good SNES games that I kept from the previous sale last fall.  The reason is quite simply that every single game I kept is already on the unmodified SNES Classic… so great games like Super Metroid (my favourite), Secret of Mana, and my beloved boxed/complete Super Mario RPG were put up for sale.

A few days before the show, the Sega Dude put me in touch with a Kijiji post where the guy was selling a copy of Zombie Nation on the NES for $450… way over priced!  I politely said to the guy that if the game isn’t selling (it won’t) that I would be willing to pay him $300 for it (retail this game should sell for around $380), to which I received no reply.  No big deal… I wasn’t really expecting him to bite at my offer.  However, at the game swap, another dealer was selling the same game in mostly great condition for $350.  I told the guy that if I did well in selling at my table, then I would make him the same offer… $300 if it didn’t sell by the end of the show. 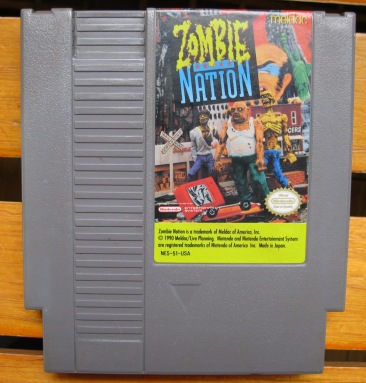 Behold, it didn’t sell, and I told the dude that I did well at my table, and that the offer still stood if he was interested.  It’s now officially my most expensive NES game as Dragon Fighter has really dropped in price since I picked it up… a fact my wife loves reminding me about!  Now I said that this copy of Zombie nation was in “mostly great condition”… the label is mint, and the front half of the cartridge is really good.  However the back half of the cart looks like someone put out a cigarette on it?!  It’s easy to fix, but come on… couldn’t they have put the cigarette out on their tongue like a real man?

This one dude dropped $400 at my table throughout the day and easily bought up 40% of what I was selling.  After all was said and done I sold a total of $600 in games.  I’m not sure how much I “made” as I can’t remember how much I paid for most of it… but I know I made quite a bit. 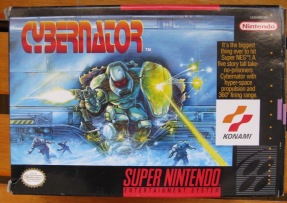 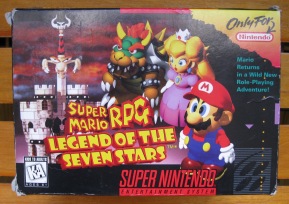 Pictured above is what was left of my SNES collection… while there was a lot of interest at the show, only one of my boxed games (Diddy Kong Racing) sold. There were also manuals and maps to Zelda, Mario All Stars, and Super Mario World.  As soon as I got home, I listed these remaining games on Kijiji, and in literally under a minute of posting, I had a response from a guy with an offer.  It was a bit low, but hey man I get it.  We agreed on a price and he picked up the whole lot for $400.  A really good deal for both him and I… I know I didn’t pay much for these pictured games, so I’m really happy with the sale.  I could have gotten more if I sold it piece by piece, but then I would have had to have all these people over to my house, put my dog in the back room so he doesn’t eat the customers, etc..

I’ve now got a bit of coin to spend around the retro gaming community.  Of course I’m looking to get the most for the least (who isn’t) and I figure I’ll do quite well at the Barrie Game Exchange this May 6th! 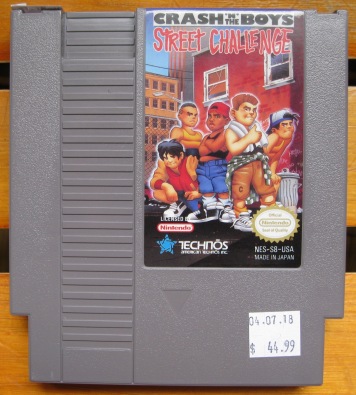 The above games were my other pickups at the Durham Game Swap.  Nothing special, but I didn’t have them, and I negotiated a fantastic price for them!

Happy holidays everyone.  I just got back from visiting my relatives in Buffalo N.Y., so of course I had to stop by all the local game stores as the prices in the U.S. are much cheaper than up here in Canada.  My wife was happy to accompany me (actually she waited in the car and read her book while i conducted my business). 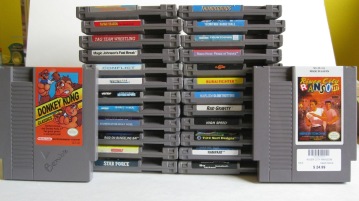 Here is a picture of all my loot.  Most of the titles are just common games, but there are a couple that I’m rather excited to have.  Star Trek, Thunderbirds, and Hudson Hawk are games I look forward to adding to the collection… even though they aren’t the best games out there.  River City Ransom is a title that speaks for itself.  I paid $25 for it, but that is a deal considering i’ve never seen it up here for less than $45.  Basically it is a beat em up like Double Dragon except that it has a role play element to it as well that involves beating guys up and taking their money to buy food to eat (this would level you up and make you more powerful).  It sounds kind of dumb, but this added much more fun to the beat em up experience as generally I’m not such a big fan of this genre.  The other cool pick up was Donkey Kong Classics which is basically just a compilation of the original Donkey Kong & Donkey Kong Jr. on the NES… both of which I already have, but the artwork is much better on this version… plus I got it for cheap so give me a break!

I was out in Oshawa (see more details for this later on Sega Corner) and went to a local game store called G.A.M.E.S..  I’m not really sure why the store made the word “games” into an acronym which makes even less sense when you consider each letter doesn’t stand for anything.  Oh well, this store is not bad in terms of prices for some of their loot.  I wanted to get E.V.O., but of course this game is rare and carries with it a hefty price tag.  If I remember correctly the guy wanted close to $230 for it… ya right! 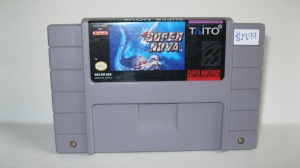 Anyways while I was out there I decided to gamble and take a chance on Super Nova (the sequel to Darius Twin).  Overall the game is quite good… again not as good as Thunder Force due to lack of power ups, but both the graphics and music are quite good.  There is also no slowdowns which are known to plague SNES shooters which is always a bonus.  The game is challenging, and has some replay value to it as you choose the path on which to reach the end (I’ve only made it to the level B or C option) 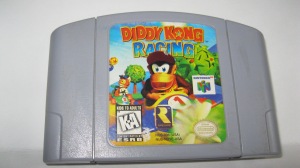 I’m not going to make a big deal about this game other than I only I offered the guy $10 for it, and he counter-offered me at $8.  Weird, but the game is in good condition and works. SOLD! 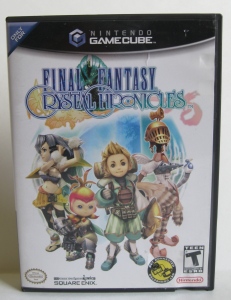 I don’t know much about this next game, but the store that sold it to me had it for only $7 when it normally goes for $15 complete.  As I’m always looking for a deal, how could I pass that up?  Maybe the game sucks, but it is complete and looks nice on my shelf.  Admittedly I never got into the Final Fantasy series as a kid as I was more into the less popular Phantasy Star franchise, which in my opinion are much better games as they actually connect to one another… unlike Final Fantasy where one game has nothing to do with the next. 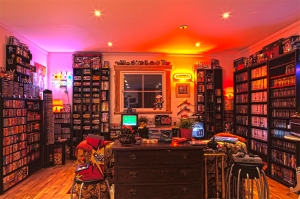 So this brings us to our first ever guest of the month.  This girl (crazy I know) goes by the name of Heidi and lives somewhere in Sweden.  Fortunately for us in North America her blogs are all in English.  Unfortunately all her videos are in Swedish so I don’t understand a thing other than the game titles:(  Anyways I highly recommend you check out her site.  This girl (again crazy but true) has the best retro game collection that I have ever seen.  She collects pretty much everything from Virtual Boy to Turbo Grafx and has obviously been at it for many years.  Heidi, whoever you are, your game room rocks and I’m very jealous.  You make my collection look pitiful.  It’s all about the journey though… at least that’s what I keep telling myself as it helps me sleep at night. 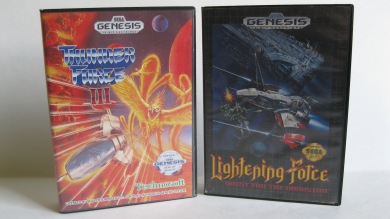 Sega Corner: A special thanks to the Sega Dude for hooking me up with a guy that was selling both Thunder Force 3 and Lightening Force (Thunder Force 4) for the Sega Genesis.  Both of these games are part of what is in my opinion the best shooters out there.  Thunder Force 3 was a tad bit easy to beat… but the music and graphics were killer!  What was challenging was to beat the game with only one ship.  I did manage to do this, but only after many months of practice.  Lightening Force is a bit more advanced graphically (though this can also be more distracting too) and is much more difficult.  The enemies bosses look awesome however are very tough.  So I picked these games up from a guy way out in Ajax.  He was late and I didn’t feel like waiting around so I went to the aforementioned store G.A.M.E.S. and did a little shopping. Unfortunately he didn’t have what I was looking for but I always enjoy going in for a look-see… no I’m not one of those annoying guys that talks the ears off the store employees like they give a hoot.  I’ve got nothing good to say and am trying to get the games for as little money as possible.  Their job is to try and get as much cash out of me as possible.  To put it another way, our conversations basically just involve throwing numbers around like we are some sort of big shots (we aren’t).

On that note, have an awesome holiday.  Hopefully you’ll get (and give) lots of retro games to tell me about:)  Later skater, 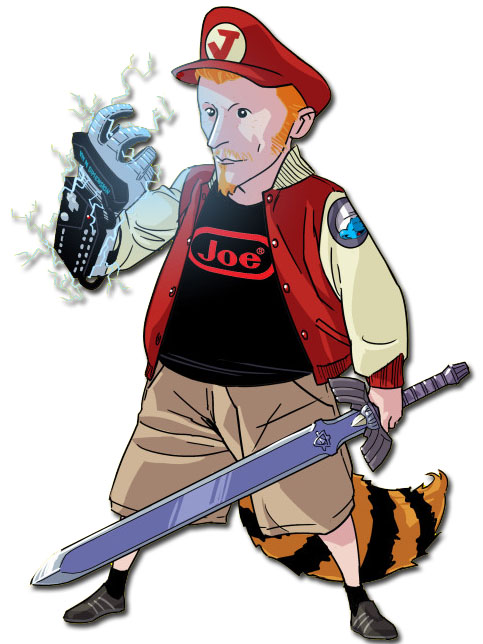 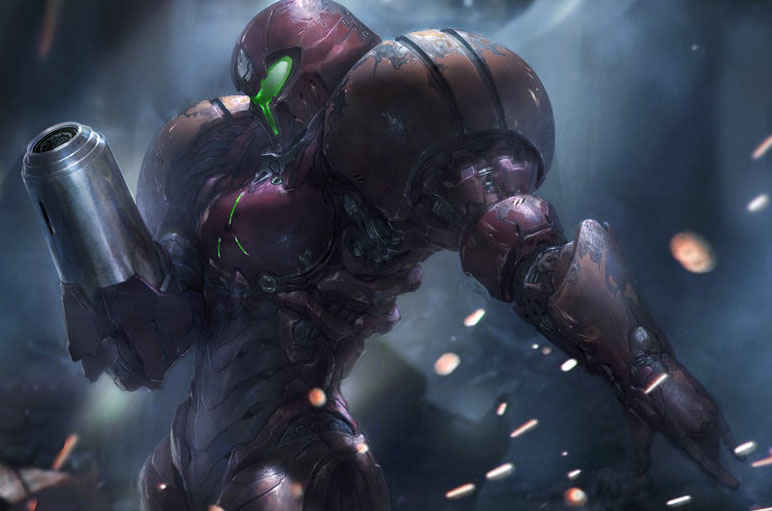 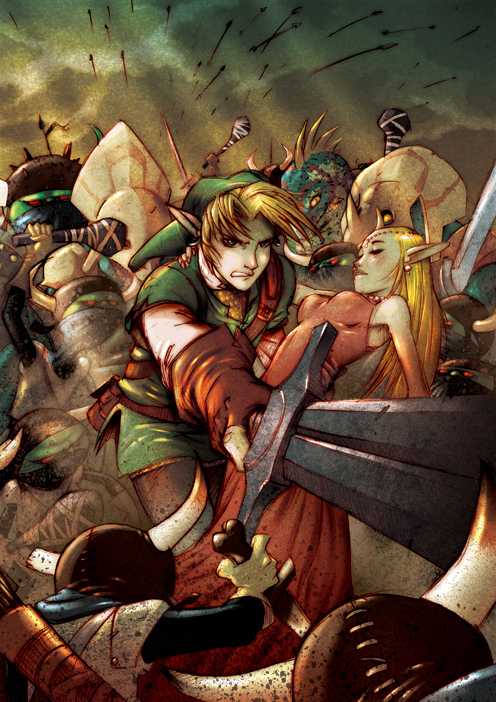 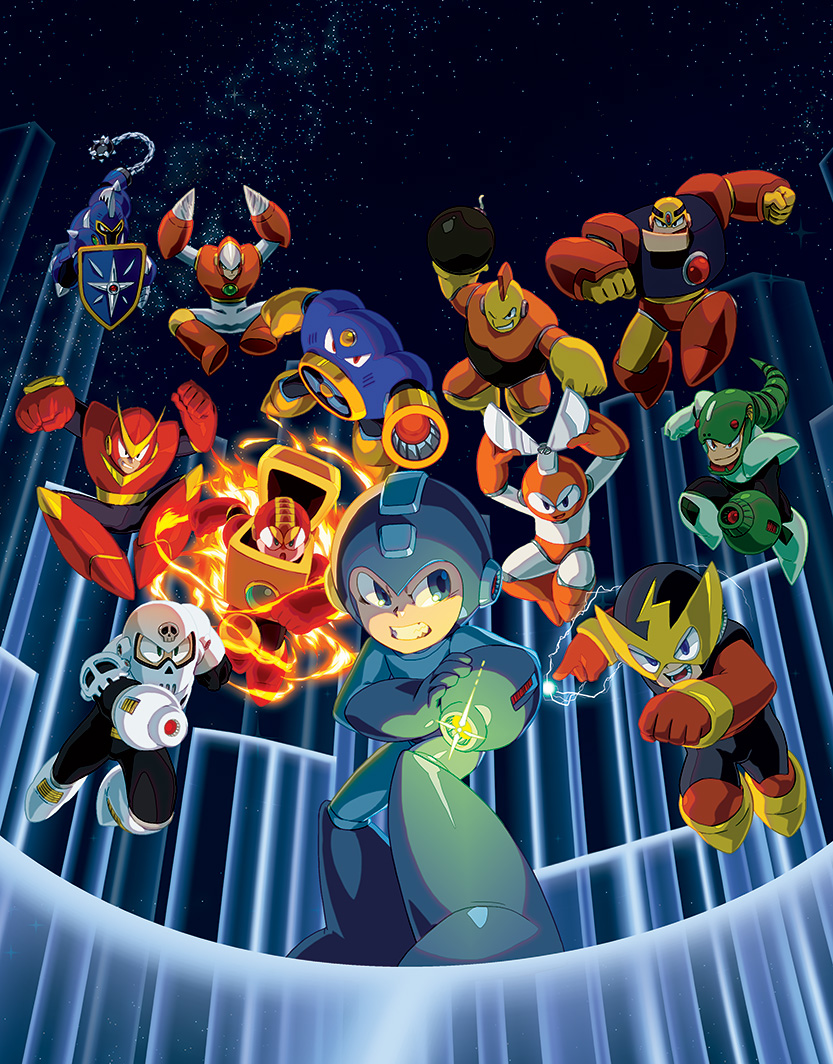 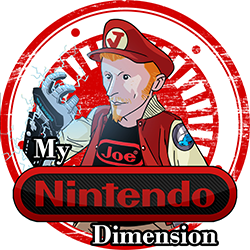 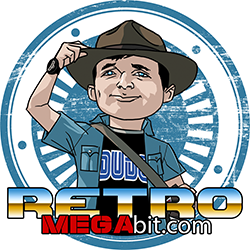